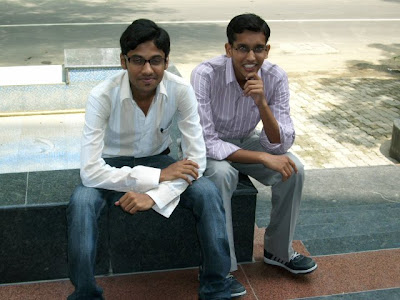 Sheeraz And Prashanth
It was about two months back when i was climbing stairs of my Office and met my Boss in between, he stopped and said to me Abhishek we have two trainees and you have to look after their training . As i entered the conference room where they were present i saw two young guys who still looks like they have passed their Schools sitting. My Boss introduced me to them and left the room. Prashanth and Sheeraz were from Hyderabad and have just completed their third year in Engineering from a renowned Institute . We started our Conversations in English about what we will be doing and where we will be going, but soon i came to know they both can speak Hindi also although Prashanth whose Hindi i found to be very funny as he is not accustomed to it.

Gradually we became good friends and whenever I used to go on site for work they used to follow me. As the terrain they were seeing was completely different for them they had so many questions to ask. Abhishek Ji ye Kayku hota h ??? would ask Sheeraz in his typical Hyderabadi accent, but to understand Prashanth was little bit difficult when he speaks Hindi so we have to take help of our English linguistic skills. I remember on first day we went to Pilakhua near Ghaziabad and have eaten Bhutta with them and when returning they shared my Lunch which was Arbi ki Sabji and from that i learned Arbi is called Chamagadda in Telugu.

While Prashanth with his Nice Touch Screen Phone of NOKIA was curious to took pictures of every new thing he get to see while Sheeraz wanted to ask about places to eat here in Meerut. They both were huge fans of Non Veg food and will tell me daily what they had eaten, Being a Vegetarian myself i still would tell them where to get best Non Veg from.

From Monday to Friday they would be with me and on weekends they used to roam around. In fact they visited Delhi around 3 times along with NOIDA, Agra ,Fathepur Sikri and Sheeraz even went to Ajmer in their short stint they had here. They both had so good attitude that in Office they were known to most of the people in fact they introduced me to some of them. 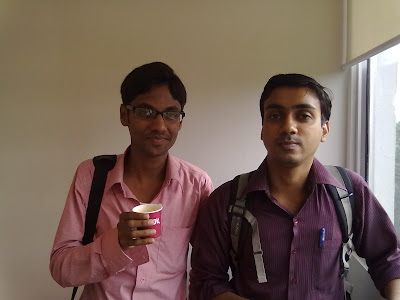 Sheeraz And Me in Canteen
Sheeraz is a Horse lover, whenever he sees one you could see glare in his eyes, i must say he is an Animal lover, knows so much about them and will always tell me unusual stuff about them. A true Muslim he was, on Fridays he used to go to Mosque in afternoon, even Once on Shab E Barat(i may be spelling it wrong) he spent whole night in Masjid praying. Whenever i was on low he used to crack a Joke to make me happy. 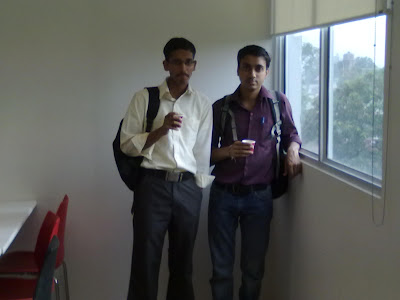 Prashanth and Me Sipping Coffee
Prashanth first sentence would he Hello Ji ! whenever we used to meet. He tried his best with Hindi and in the end i was able to catch what he wants to say. Most of the time he would be busy clicking pictures from the phone that he had bought from his Cousin he even bought a mini Laptop from one of his Friend for internship(what a great Friend he would be ). We used to have Coffee in the morning in the Office i will miss that now.


As i am the Junior most in my department it was nice to have someone with you around your, now as they both had gone back i will be again lonely. Have learned so much from them, their lively attitude,ever smiling faces of them, there was something in them that whoever meets them becomes fans of them instantly. Yesterday was the last day of them in Office and unfortunately i would have to go at a site at a distant place i would be returning late in night, i felt very sad for not being there with them on their last day. They pleaded me to meet them in Night but i came back late and could not meet them.


I know they both would be reading this Post, there so much i want to write about them but for now i just want to say that it was wonderful time with both of you here, i will miss both of you ! I don't know if i had fulfilled all the queries that you had but i tried my Best.  Just be in touch where ever you are. Surely we will be meeting again.


Here are some of the Pictures with them. 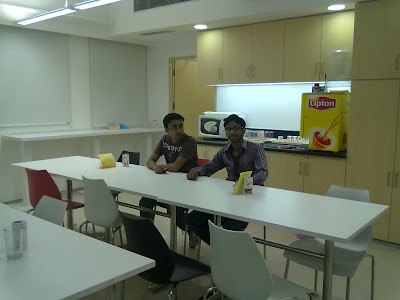 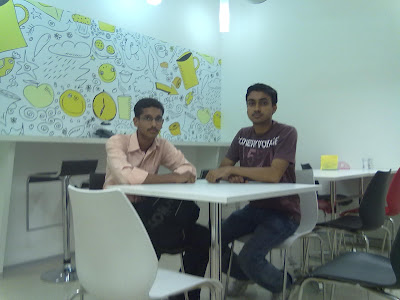 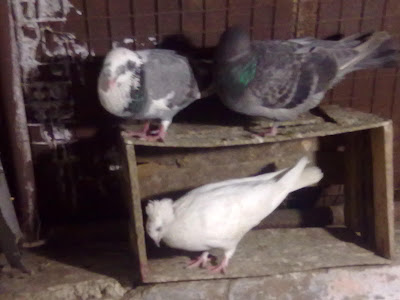 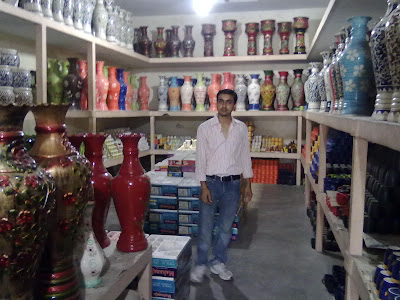 I at Khurja at a Ceramic Shop, clicked by Prashanth 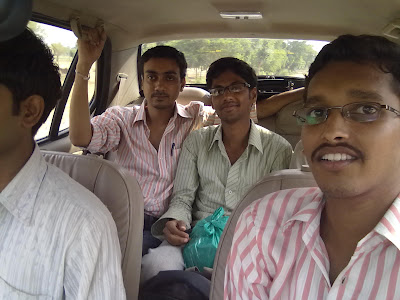 We 3 returning from Dadri 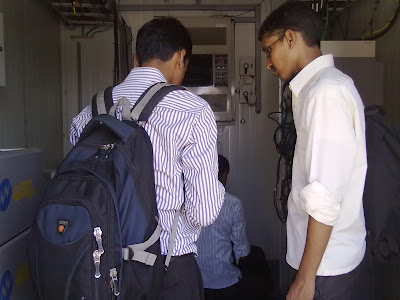 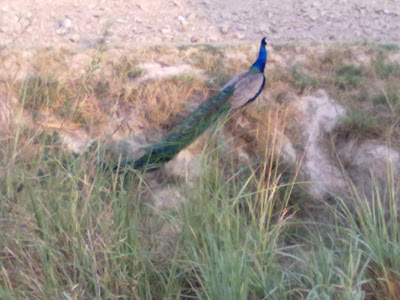 Peacock on way to Dadri 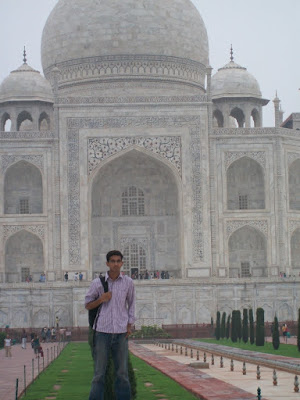 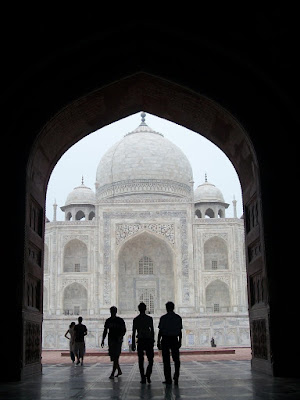 I guess person in btw is Sheeraz 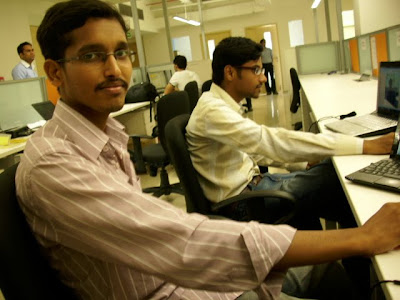