Default Window XP Wallpaper Bliss - Where did it came from ?


Tweet
I have been thinking about it from sometime and searching on net but don't know why I always forgot about it whenever I come online. What am I talking about ? I bet you have seen it too , its the default XP desktop wallpaper called Bliss. So I began my search on net and now I am here to reveal most of the things in front of you.

This Picture was clicked by Charles_O'Rear    who  happens to be an American Photographer but as he is having Irish name many people thought that he clicked this picture somewhere in Europe but actually this picture belongs to California United States and to be precise Sonoma County.

As you see in the default Picture it looks surreal and below you see the same place but with absolutely different look, there are two reason behind it one after O'Rear clicked this pic the area was converted into a Vineyard and Second when the XP Pic was clicked it was that window of season when everything is green and majestic.
I searched a little and got some other pics of the same area. Below are three of them. 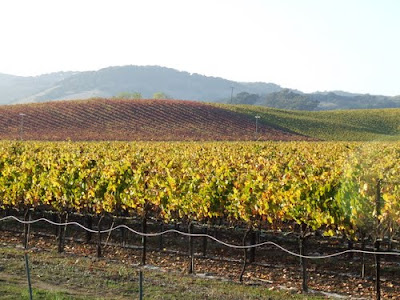 Now as you have technology by your side and with the advent of Google Street View you can have a 360 degree view of the complete place. JW Van Wessel got the actual coordinates[38.248966, -122.410269 copy paste them in Google Maps] of the place and you can go to Google Maps and see the place by yourself. This is what I did and got some pics for you.


I guess you must have liked the short story about this pic : )