Tweet
First thing that comes to your mind when you think about Ghazals ? Yes I know the answer - Jagjit Singh it is. Sudden demise of him has shocked entire fraternity of Ghazal likers and so does me. 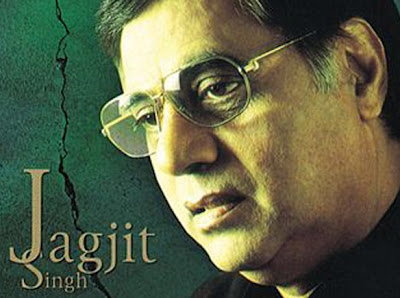 Hearing the news on one of the TV channels that he had Brain Hemorrhage I began to think about him and remembered some of his ear soothing songs and downloaded " Koi Fariyaad " from " Tum Bin " , then few days later I heard his health is stable and he is improving , little did we knew that he will lose the battle with life and we will just be left with his voice that is now stored in many many magnetic tapes.

Many fear that with him the tradition of Ghazals which is ever decreasing at a very steep rate may soon be over with other top Ghazal Singers like Ghulam Ali fearing the same. Also apart from music in Movies we Indians have more so not given any encouragement to IndiPop music and Ghazals .

I don't know how to pay tribute to the Ghazal Maestro what I have done is collected some tweets on my timeline which were posted as the Singer left this world. My apologies I could not collect all the tweets from the timeline but still got some. 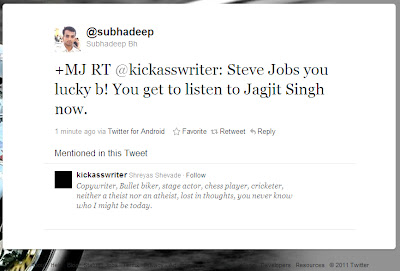 Here are reactions from two of my Nepali twitter mates
@tajim 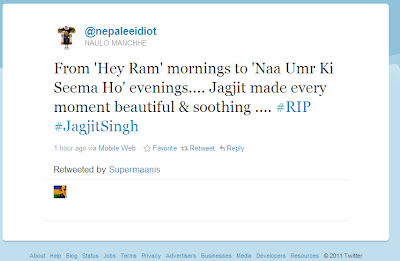 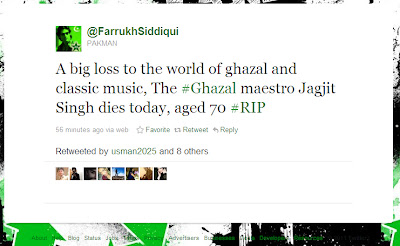 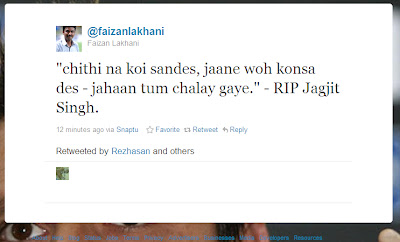 Some tweets from known personalities across India
@Rezhasan 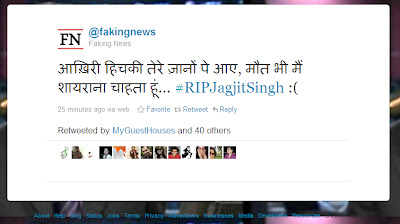 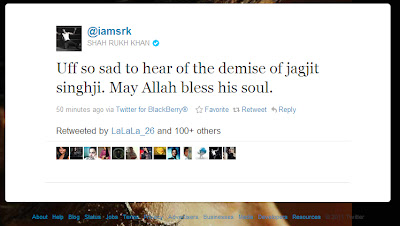 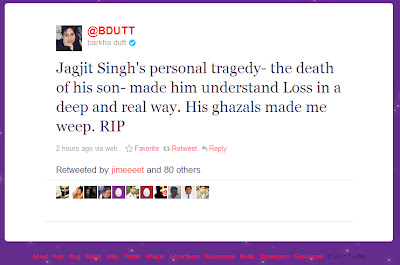 No wonder he is not present but his voice still sings in our hearts , Thank You Jagjit Singh for giving us such wonderful songs.