Tweet
As any other Indian i have grown up watching Cricket and for long time its been my Favourite sport too , but its not a priority for me any more , yes India is world No. 1 team in tests and in top 3 in ODIs but they have failed to win at Important occasions , it doesn't hurt much now when India loses as it used to hurt  some years back we have got used to it now i suppose. 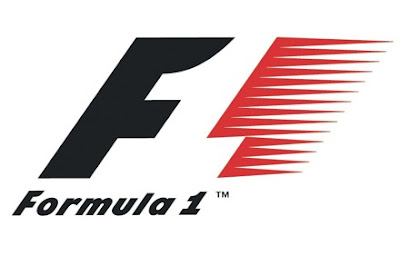 This has led me to venture other Sports in world Circuit and one of the Sport which is on top of that list is Formula 1 and yesterday i got the news that its coming to India in October 2011 which has made me overjoyed . Its good that we are making our name in Sports that are watched by most of the people in the world which will only add in development of our country.
I guess my farthest memory of Formula 1 goes back when Mika Hakinen retired in 2001 that was the year when i first watched it. The things that makes me crazy about Formula 1 is the noise of its Engine Kkeeeeeeee Kkeeeeeeeeeeeeeee and its shear pace. Cars overtaking each other , so many crashes, which type of tyre to use, engines blowing up thats so amazing .Firstly i was little confused about its rules,the Qualifying,Pit lanes, the point system but gradually i developed my knowledge on them. 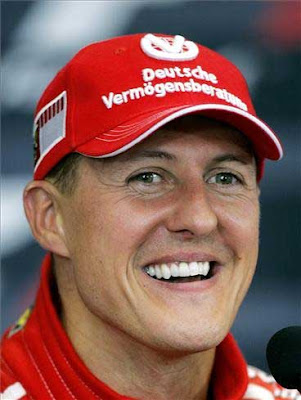 Then there was Michael Schumacher who was on a spree to win back to back F1 Championships , how can you stay away from a game if it have such an Ambassador related with it. The Red colour of his Ferrari enthralls you immediately. 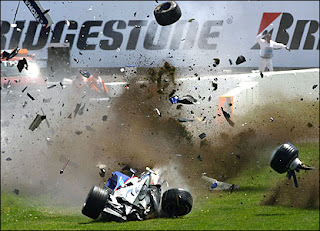 On the Qualifying day thats Saturday i used to be glued on my TV watching who gets which place to start from, Qualifying is same fun as the Race day, the fate of the race hugely depends on how you perform in Qualifying, now a days Qualifying's rules have changed a lot they have split Qualifying session in three Quarters before it was a single round where everybody gets chance to grab pole position, now the best 16 cars from 24 goes to second round and top 10 cars in second round goes to last round from which top ten Qualifying spots are lined up. 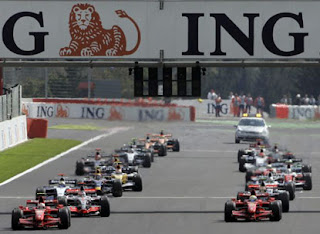 On the race day the strategies used to follow up who takes the advantage at the start, how much fuel is carried by the car,at what time car comes in pit lanes, the time car spends in pit lanes for refueling and tyre changes these are many minute details which differentiates the best teams from others . The fact that Driver driving a car speeding more than 300KMPH and experiencing G forces at various turns makes it a really competitive game , the one who is physically and mentally stronger can only survive. And at last if you have any close finish like the car at Second spot overtakes the first spot car at the Chequered  flag your day was made.


I knew Narain Karthikeyan was in talks with various Formula 1 teams , he tested with minnows like Minardi and Jaguar and then in year 2005 he became the first Indian driver to race in Formula 1 that was a huge news for Indian Formula 1 fans, Indians were never considered with sports like these and here we have an Indian who was driving a Jordan F1 car , in first few races he outplayed his teammate Tiago Monteiro of Portugal , Karthikeyan is known for his aggressiveness  and he displayed that in his driving but his stint with Formula 1 didn't last longer and next year he could not find a place for himself in racing contingent but he took the role of testing driver with Williams, later he droved for Team India in A1 GP, now as we know he is driving in NASCAR and is the first Indian to do so . This year Karun Chandok became second Indian  to grab a place in Formula 1 team, but with minnows Hispania Racing team, most of the time he used to finish at the end  of pack but that was because of his underdeveloped car and now in the middle of racing season he is dropped from his team i guess for financial reasons as you have to pay a handsome amount of money to teams for racing. Looks like this post again is becoming a very long one i will not take your much time believe me.
In the meantime Vijay Mallya bought his own team in formula 1 called Force India F1 and there you have an Indian F1 team owner what more you could ask more from King of Good Times. As the Car was based on Old Jordan platform no one was hoping wonders from it, but with gradual improvements in Car with some good Engineers and able driver lineup with Experienced Giancarlo Fisichella  and young Adrian Sutil it came out with some surprising results and is now with points in most of the races. 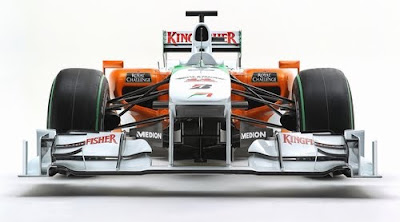 And now India is on the map of Formula 1, It will be the 18th race in 20 race season which is slated on 30th October 2011. The place will be Greater Noida Sports City adjacent to National Capital, New Delhi. For a city to hold a Formula 1 race it should have  world Class Infrastructure which comprises of a 7 star hotel and an Airport in vicinity is a must. Yes the date is finalized but still a a clearance from FIA is needed which will inspect every aspect and will give its clearance after its happy with the complete work. All we can do is hope that everything will be fine and it does not end up in a mess like our CWGs are now in.
The Circuit which is built by Jaypee Group is 5.16km long with 16 corners having some steep turns and bends and there would also be some places which will give Cars opportunities to overtake making the race more exciting. The total estimated cost of Complex is around 1600 Crores which will be built in 360 acres of land. The Circuit is designed by German architect Herman Tilke they say he has designed all the F1 circuits since Sepang in Malaysia in 1999. One of the features of Formula 1 race is that around 1lac people watch it in the stadium itself making it the most watched Sport also it is followed by millions of people across the world on TeleVision. Hopefully it will be a huge success and will surely adds in the development of our country. I have my fingers crossed and hoping for a place in stands when the 5 red lights go off on the Race Day.


For more Info on the Topic go through Karthicks Post on his blog who is my Blogging Friend.